Dust off the flares and spandex as you prepare to step back in time for 70s week at Urban Brisbane.

From November 3rd to the 5th, The Hotel Restaurant will be moved back to its original 70s home, within the stunning 10th floor Panorama Room overlooking the city, featuring a 1970s D’hote menu with all your old favourites, along with vintage drinks specials, music, fashion and more.

To help kick off the celebrations, we would like to share a brief history regarding the site that we call Hotel Urban Brisbane today. 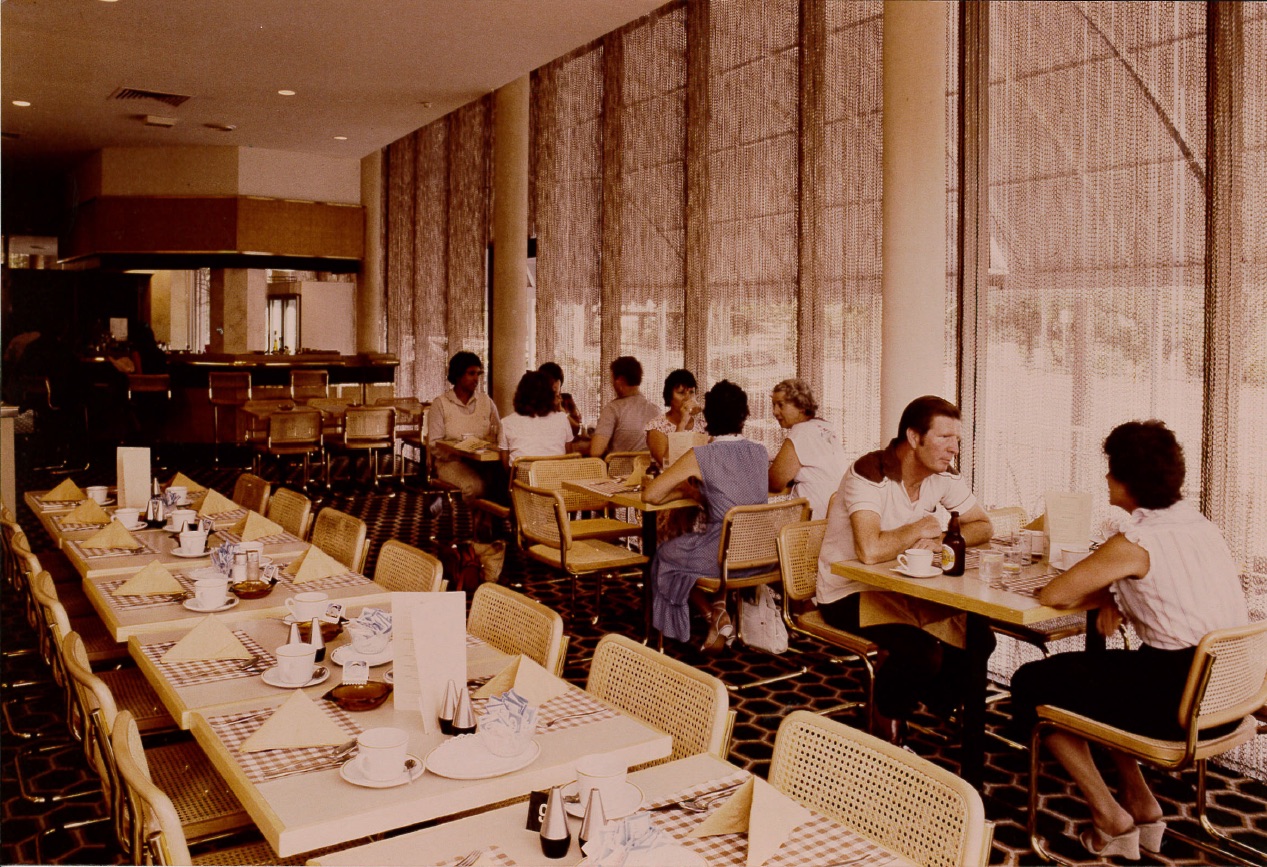 Patrick Mayne first acquired the original site where Urban Brisbane stands today. At this time Mayne was a successful butcher and later went on to become a prominent Brisbane identity. He acquired the land from crown land sales and originally planned to graze cattle on the rather large block for his butchery. He quickly realised the hilly area around Wickham Terrace was fast becoming sought after for real estate. Being an astute businessman, Patrick decided to hold onto his block of land until the time was right.

Mayne eventually sold the land to a group of affluent businessmen, and made a very healthy return on his investment. The first dwellings were built, and it was known as ‘Athol Flats’.

The hotel was architecturally designed, built and officially opened on the 17th of November 1970 under the name of Gazebo Terrace Hotel. Since then it has undergone various changes to its name and ownership, including Gazebo Ramada Hotel and Goodearth Hotel.

For decades, the hotel was recognised as one of Brisbane’s best international hotels, and the hotel’s restaurant on the 10th floor was well-renowned as ‘the’ place to wine and dine if you wished to impress.

In 2006 a fast-growing hotel company, Erdigroup, purchased the hotel, which despite it’s fascinating history in its earlier glory days, was sadly looking a little unloved. Following a $10 million transformation Urban Brisbane now is visually stunning, with stylish furnishings and fittings throughout, and guest rooms created by leading interior designers.

The hotel’s reputation for fabulous food and beverage continues, and Eva and Les Erdi’s philosophy of ‘love your work’ beautifully permeates throughout the Urban team culture. Urban Brisbane over the years has become a true landmark, holding a special place in the hearts of many Queenslanders, and is quite fondly recognised as ‘the heartbeat on the hill’.